The APR Audi RS3 Intercooler System is a massive front mounted upgrade that dramatically reduces intake air temperature (IAT), minimizes heat soak, and provides increased performance! The system is an easy to install, direct bolt-on design, that is recommended at every stage of performance. 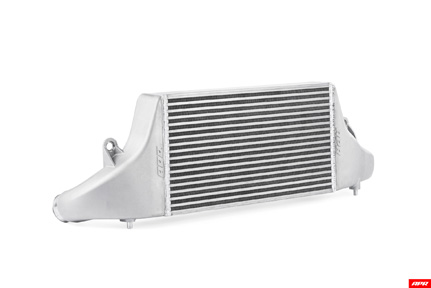 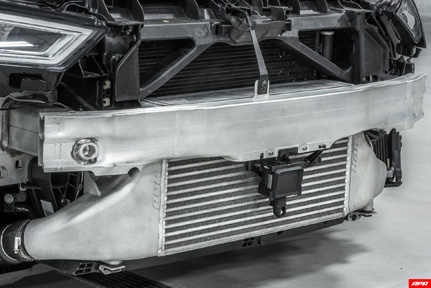 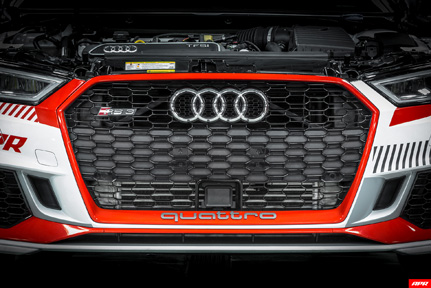 APR’s engineers tested each intercooler in a multitude of tests to show the impact the APR intercooler has on intake air temperature. The following tests were conducted with a 2018 RS3 using our APR Stage 1 ECU Upgrade, 98 octane fuel and no other modifications. Ambient conditions during the stock intercooler tests were 78.5°F and 98.06 kPa with 60.47% relative humidity. Conditions were far worse later in the day during during the APR Intercooler testing with 87.2°F and 98.03 KPa with 42.18% relative humidity. This gave the APR Intercooler no added advantage over the stock system during the tests. 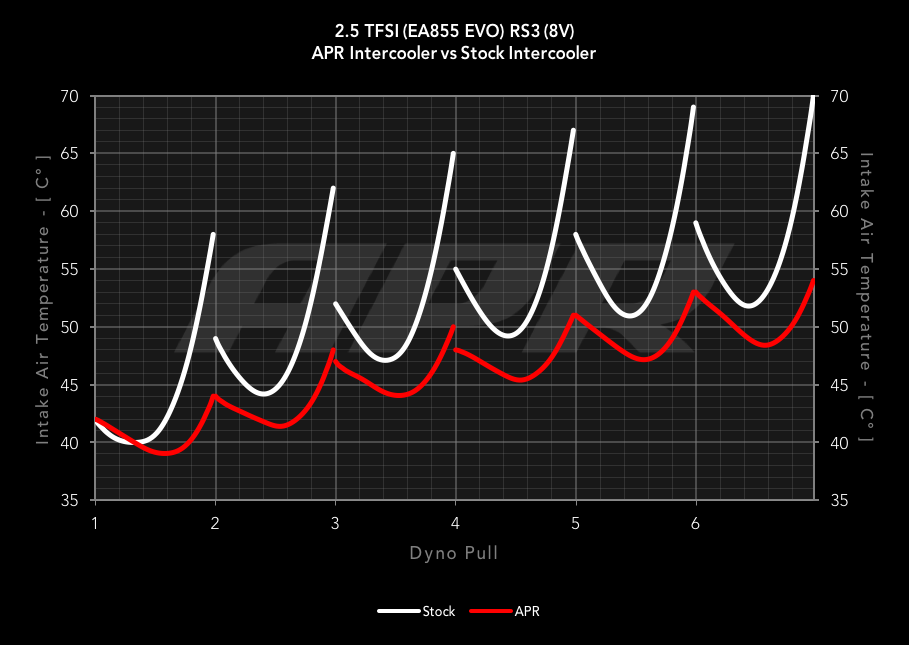 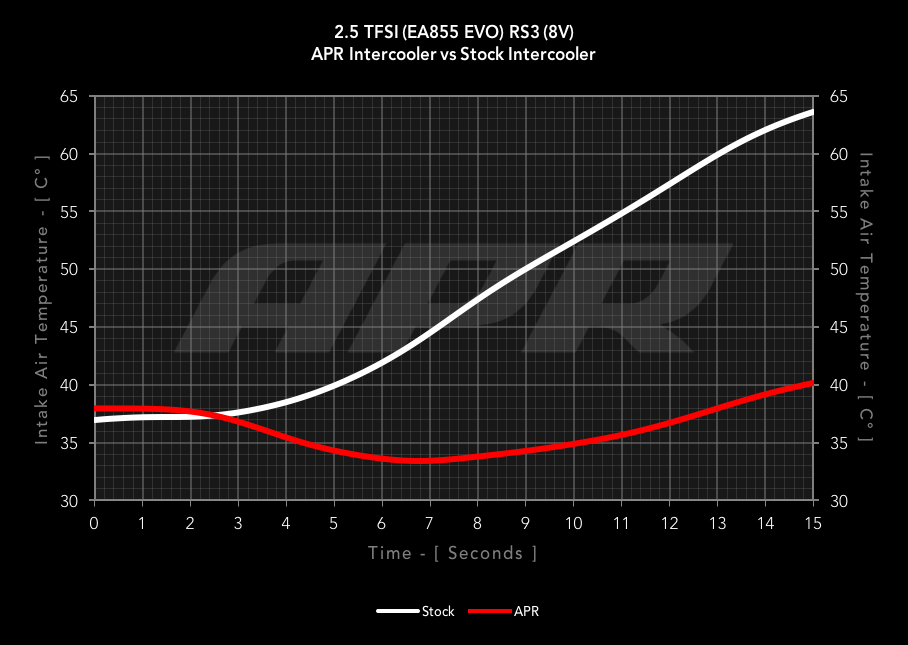 The temperature difference between the stock and APR intercooler directly translates to more horsepower. Comparing best vs best, worst vs worse, and average vs average dynos from both systems, the APR Intercooler laid down 26 AWHP over stock in every scenario. This is easily one of the best dollar-per-horsepower hardware modifications one can make on this platform and highly recommended for anyone at any stage!

There are no reviews yet.

Only logged in customers who have purchased this product may leave a review.